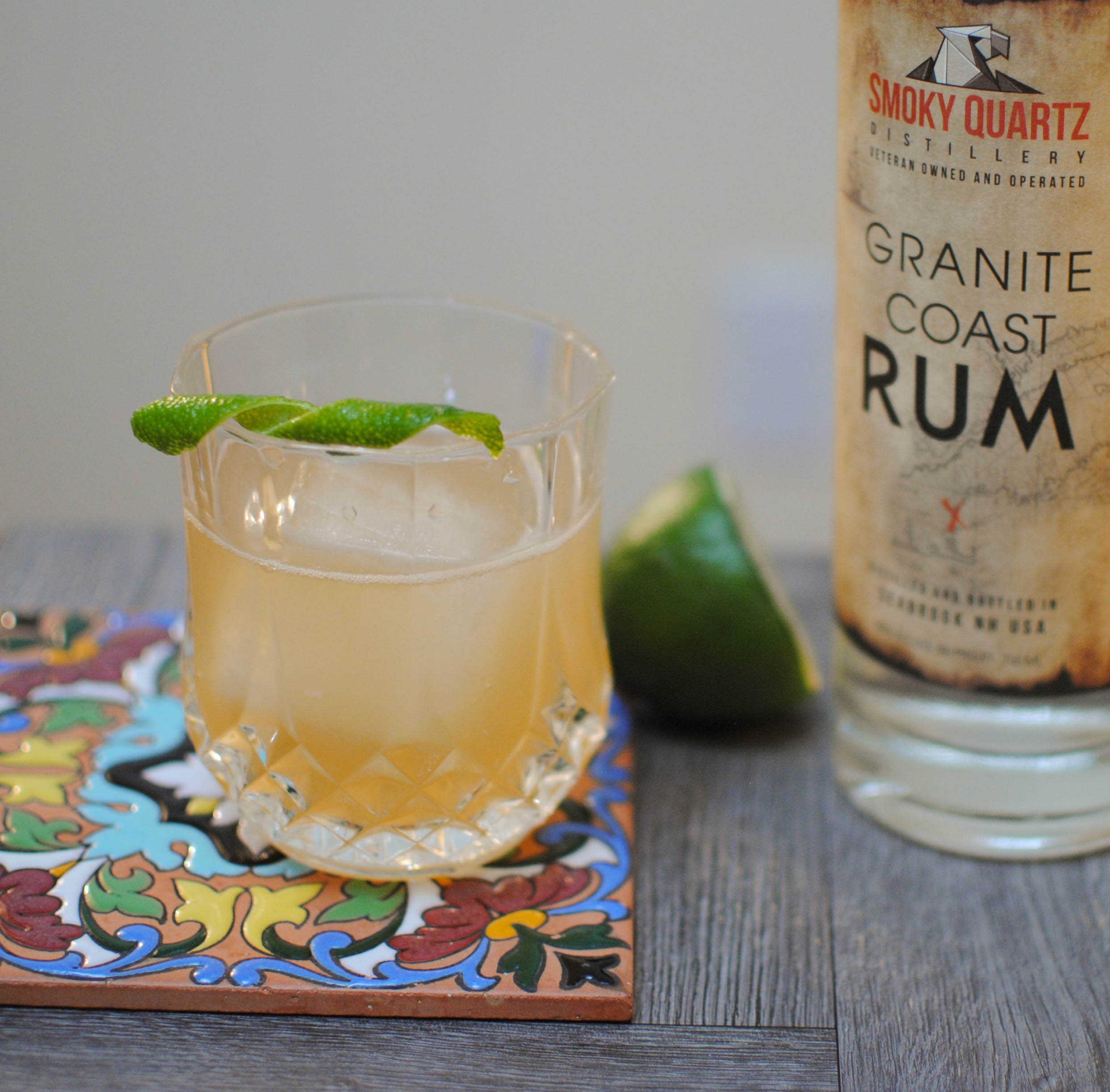 Two weekends ago I was at my friend’s house in New Hampshire.  These are always enjoyable trips, with lots of friends and friends of friends hanging out in an idyllic setting. On the way up we stopped at a NH state liquor store.  For those that don’t know, NH has these state run liquor stores that are the size of grocery stores.  since this is the “Live Free or Die” state, there are no taxes on anything which means some pretty good prices.  I walked out with a bottle of white rum from Smoky Quartz Distillery.

The distillery is located in the Seabrook, NH, and is veteran owned and operated. Kevin Kurland was on his third tour in Iraq, waiting for his team to clear the area after a mortar attack.  He glanced down and saw a Wall Street Journal article about craft microdistilling, and figured that seemed like a better way to spend his time.  When he got home, he toured various distilleries and eventually opened up Smoky Quartz with the help of his father and uncle (also vets).  Their entire portfolio includes a vodka, corn moonshine, white rum, aged rum, and bourbon.

The Granite Coast White Rum has some butterscotch sweetness, with a faint hint of molasses.  A medium mouthfeel and almost nonexistent alcohol burn make for an easy sipper.  Plenty of warmth for the flavors to ride on the dry finish, likely a result of the champagne yeast used during fermentation.

Now back to my friend’s house.  One of the reasons I love heading up there is they have a wet bar in the main room of the house.  My luggage usually contains a few bottles which I’ll spread out on the bar and happily mix up drinks for anyone who wants one during the weekend.  There are plenty of people that appreciate the change of pace from wine and beer.  Even better, they don’t mind being guinea pigs for things I come up with using other bottles people left behind from weekends past.

On the last night, I went to make a round for myself and two friends.  I pulled out my newly acquired white rum, and then rummaged through the bar to see what else I was working with.  Some Cointreau back there looked good, and I remembered a bowl full of limes in the kitchen.  Still needed one more component.  Then I realized that my two friends and I are all pretty big whiskey drinkers.  Lo and behold, there was some bourbon in the bar.  Split base with white rum and bourbon sounded interesting enough, so I got to pouring.

The Great Room has a floral sweetness on the nose, with butterscotch two ways coming from the rum and bourbon.  Citrusy botanicals pop in and out.  The sip is crisp and refreshing, but eventually the warmth of the rum moves in.  The interplay between rum and bourbon interesting, as they share some similar flavors (butterscotch, toffee) but each contribute their own unique character.  Finally, tartness returns on the swallow, then ultimately the mellow sweetness reappears and ushers everything down.

As my friends and I sat and sipped, we set out on coming up with a name.  Something that captured the spirit of this house and these weekends seemed appropriate.  We glanced at the fire, then back at the bar and up at the vaulted ceiling as our minds worked.  Then it hit us, The Great Room.  The room we were in.  No better way to capture the spirit of these trips than to name a cocktail after where the majority of gaming, guitar playing, conversing, drinking, and whatever else takes place.