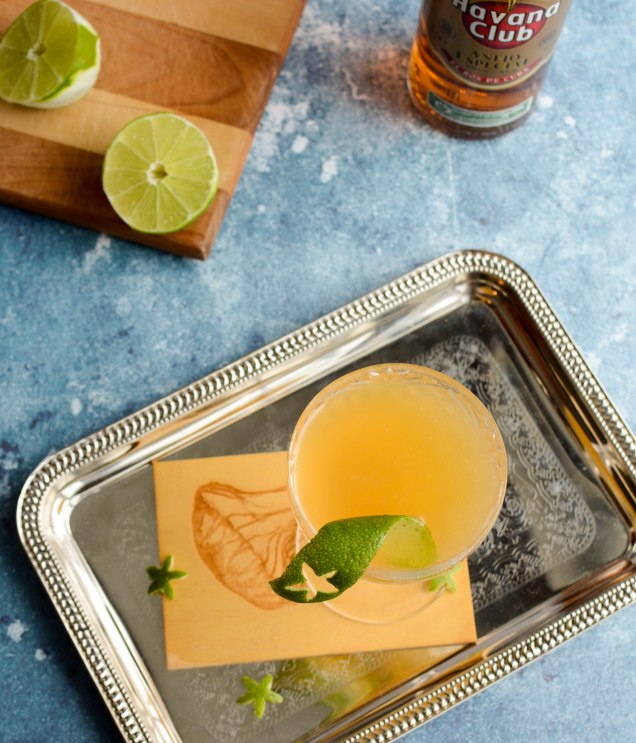 Shake with ice, strain into a chilled cocktail glass.  Garnish with lime twist.

I’m headed down to Florida on Friday, so I figured it’s a great time to dust off my semi-recurring Better Know a Classic series with an entry on the humble Daquiri (the Fightin’ Daqs).  Now, we’re not talking about the frozen, fruity, sweet concoctions served on a cruise ship or the beach of an all inclusive resort.  No, we’re talking about the more refined, and just as flavorful combo of rum, citrus, and sugar.

So why does my impending Florida trip inspire me to write about daquiris?  Because they are thought to have originated in Cuba and named after a local beach.  Various accounts (read: Wikipedia) attribute its creation to either an American mining engineer working in Cuba, or a Congressman who owned a mine in that country.  Either way, somewhere at the turn of the 20th century Daquiris started gaining localized popularity.  It really began to blow up in the end of the Aughts when Rear Admiral Lucious W. Johnson tried the drink in Cuba and brought it back to the Army and Navy Club in Washington D.C, from which it began to spread around the country.

At it’s heart, a daquiri is really just a basic sour drink, with rum in place of whiskey.  There are no hard and fast rules on which type of rum to use – it’s more of a personal preference.  That’s the beauty of this simple drink.  You can get a whole range of flavors by using a clean white rum all the way up to a woody, heavily aged rum.  It all depends on your mood.

Standard simple syrup and lime juice round out this classic.  The recipe is dead simple – 2 oz of rum, 3/4 oz each lime juice and simple syrup.  Really though, this is just a starting point.  Feel free to tweak the proportions if you prefer things more tart or more sweet.  It’s all about hitting that perfect balance of rum, citrus, and sugar. 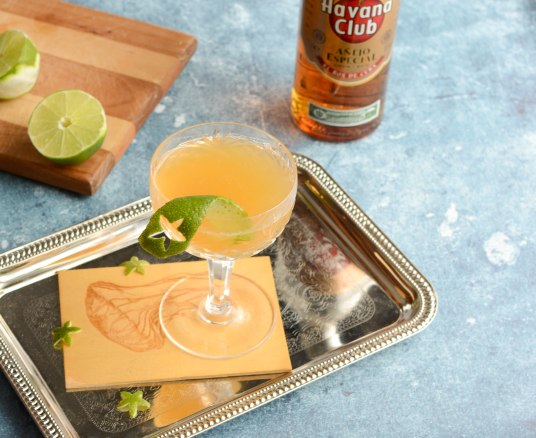 Another great thing about the daquiri is its customizability.  Use grapefruit in addition to lime and add a quarter ounce of Maraschino liqueur and you got yourself a Hemingway daquiri (the man was quite a fan, what with living and Cuba and all).  Or do what I did and get funky with the syrup.  I added some toasted coconut to my simple syrup, and it really took things to an uber-tropical level.  Coconut is already at home in many tiki drinks, and here it brought in some earthy sweetness.  I also decided to use an aged rum (from Cuba because: Daquiri) to play off the roastiness of the syrup.  Point is, whether you stay traditional or put your own spin on it, it doesn’t get much simpler or tastier than this classic.